If this strange journey has taught me one thing, it’s that time truly is relative. That it’s possible to notice the passing of an individual day more than an entire month. That doing nothing really does expand time; and that this is not always a good thing. That familiarity can make time contract and vast stretches seem to fall into a void, knitting together edges of your life that stood across vast oceans before. That it takes conscious effort not to allow this familiarity to become complacency.

When I saw the Imua pulling up to the same wharf we’d been left at six months prior, I almost could have forgotten the space between the two events. Its image was so familiar that I might have wondered if I’d dreamt the whole thing in a Dramamine-fueled coma. But the overwhelming delight at seeing new, yet familiar, faces was evidence enough of my isolation. Upon stepping off the ship, one of the Fish and Wildlife employees we love the most handed us all a perfectly ripe banana. Never has a piece of fruit brought me so much joy.

The changeover with the new CAST crew was a whirlwind of social activity. My crew and I filled the new crew’s minds with more information than could possibly have been retained, trying to pass on as much of our knowledge of the strange home they were inheriting before our time came to an end. I was surprised by how quickly my awkwardness at seeing new people after six months faded. As a person with a history of social anxiety, I expected to be especially plagued by those feelings when the insecurity of being unpracticed entered the picture. But it actually seemed that my sheer exuberance at the interactions was enough to cloud the doubts I would normally feel. Though I had to retire early after dinner on the first day to decompress a bit, I felt very socially competent most of the week. In the days that followed I believe I’ve even come close to experiencing what it’s like to be extroverted. I have chosen to sit at a bar twice instead of a table to interact with strangers. I have made pleasant comments that could lead to conversations with line companions. I’ve smiled at babies. Who am I?

When the ship finally began to pull away from Johnston, I was somewhat startled by how little I felt. Though it had been a home to me for longer than several other places I’d lived, I was just so ready to move on. Leaving it in the hands of new friends also made the separation feel less final. I did realize with a twinge of sadness that I’d neglected to say goodbye to my garden. But when I shouted across the growing divide to the new crew members “don’t forget to water!”, they responded with “just did this morning!”and I knew it was never my garden and it didn’t need me. It was on to bigger and better things too.

As Johnston boobies flapped alongside the boat and the island grew smaller and smaller, I felt relief more than anything else. Though I experienced true seasickness for the first time during the return trip (not recommended), I found the opportunity for rest it provided a godsend. Upon arriving in Honolulu, there wasn’t much time to revel in the amenities of civilization. Boat disembarking immediately turned to boat unloading, and the work continued in a frenzy until everything was moved back to the bunkhouse we’d stayed at in November. It was surreal to be back in that place. Once again I started to feel suspiciously like I’d never left. But the new faces that greeted us inside begged to differ.

My first foray into city life was sublime. My crew mate and I made a bee-line for our favorite bar. We ordered the beers and pub food we’d dreamed about so many times on-island. We saw rainbows over Diamond Head and listened to the cacophony of urban sounds. We reveled in a hard job well done and the pleasures that awaited us.

My journey finally came to its climatic close at the Detroit airport. Five in the morning on June 22nd, 2019 stands as the only time I have run through an airport without trying to catch a flight. Throwing down my bags to embrace my parents and partner at the baggage claim will forever be one of the greatest moments of my life.

I don’t know that I’ll visit another of the U.S. Minor Outlying Islands. There are several more with similar volunteer programs that I could apply for. A large part of me is fairly sure seven months is just a little too long to be parted from those I love. But there will always be a part of me that wonders what else is out there. At the very least I know that remote life itself remains wide open to me. Even at the end of the six months, I was still happy living in a tent and most of the physical comforts of society could have been forgotten in comparison with the emotional ones. 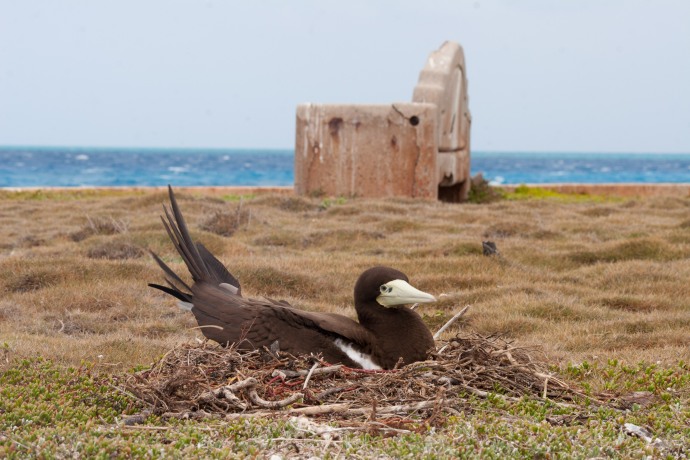 This has been one of the slowest, most painful and chaotic transitions from winter to summer in recent memory. Spring in Michigan isn't ever really something to marvel over, but this year has just been malicious. Having said that, I've still enjoyed a couple moments of marveling over the spring arrivals. Fairly sure these are hyacinths invading a woodland from a nearby yard and I should say it's all bad and not pretty. But that would be a lie.
Had no idea you could see trees this big so close to a major American city! California is a different sort of place.